A downloadable game for Windows and macOS

Prologue game for a dark and naive pirate top-down graphical adventure with black and white aesthetic, similar to old pirate films such as "Captain Blood" (1935), "The Sea Hawk" (1940) etc...

Adapted and Re-orchestrated by Hugo Friedhofer and Erich Wolfgang Korngold

This game is the last one from a series of five made as assignments for the subject "Game Tools" at DIT Game Design degree course.

It has been my introductory course about tools used for game creation, mainly Unity. I was a complete newbie in the matter. It's hard to explain how I feel now after so many new things learned and so much time expended in this subject. Let's resume it: I wouldn't believe in Feb, which is the date I started, the fact that I'd be able to put everything together inside a game engine to produce a game like this. My knowledge and confidence in my skills as a game creator have reached levels never imagined before. I know, maybe I'm exaggerating a little bit, after all this game is just a small, simple mini-game, but for me it has meant so.

Even if the story is a bit naive (it's definitely the thing that I'd improve if I had more time), I think I have successfully reached my initial goal: creating a 2d game with an atmosphere similar to the old time pirate film classics. The inspiration came mainly from my teacher as she was the one who told me to create a game with such a title: "Port Blackfire". Themes like pirates and games like “The secret of the Monkey Island“ came directly to my mind, but I was more inclined to do a top down game, in the line of "Gauntlet", "Into the Eagle's nest" or "Legend of Zelda". When I was convinced 100% about the idea of the old look, after the first prototypes, I thought about including some cinema reference, such as Sloth from "The Goonies" being the Pirate Bouncer (He is an avid consumer of old pirate films while chained in the Richard Donner's movie)

By the use of black/white assets, dust and scratches filters, vignettes, blurring and similar effects I created a quite convincing, in my opinion, old film image experience along with the use of cinematographic view compositions and transitions. The drastic effect of the old orchestra music helps a lot to transport your imagination to the universe of the game.

Hope that some of you will enjoy the short experience of playing this game. Thanks in advance. I might work a bit more on it to develop it a bit further.

Use arrow keys to control the player.
"A" to interact. ESC to exit.
Mouse to click on dialogs. 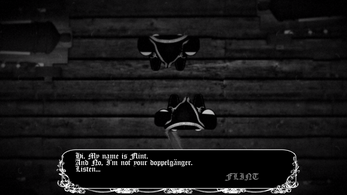 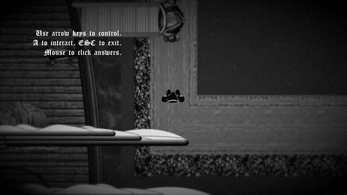 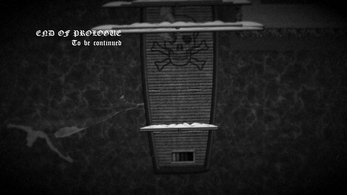 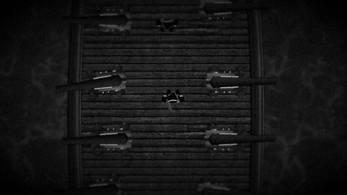 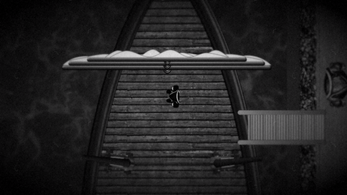 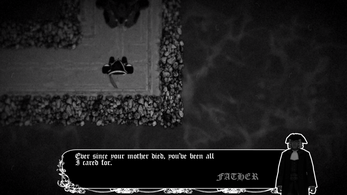 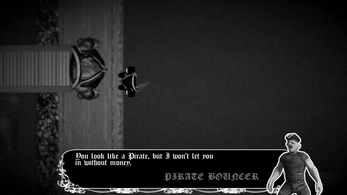